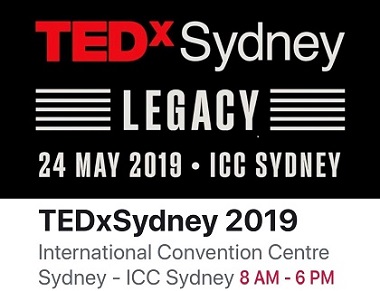 
brunel has you covered for any event

TEDx is one of the largest events on the global TEDx stage. It is a day filled with brilliant speakers, thought-provoking video and mind-blowing conversations. That is what an experience at TEDxSydney conference is! It’s an event that gathers interesting people in the community to be a part of a unique day that unleashes new ideas and has the purpose to inspire and inform. Secure ground transportation to TEDxSydney with Brunel Worldwide Chauffeur Drive.

What is the structure of the day?

TEDxSydney Flagship event is broken up into 4 sessions that take place in a theatre whereby you are exposed to a line-up of speakers and performers like never before. The speakers cover the topics of science, business, technology, art, design, entertainment, culture and much more. Plus at TEDx Sydney you have access to our interactive hub, a specifically designed space where you can go to connect with interesting people and experience innovative technologies, take your taste buds on an adventure and immerse yourself in a world of possibilities. Brunel offers car hires to any TEDxSydney session.

Legacy is anything handed down from the past, as from an ancestor or predecessor. It can be personal, organisational, cultural or generational. Although in the context of humankind, we may feel acutely aware of our individual insignificance within the overarching and cosmic scheme of things; we continue as a species and as individual members of that species we continue to be healthily preoccupied with the impact that we can have on other people both living and yet to be living.

Speakers for TEDxSydney 2019 10th Anniversary event have been announced.

This is an event you cannot miss and Brunel can make sure you are in the room on the 24th for what can only be described as an eye opening event. BOOK NOW & SAVE